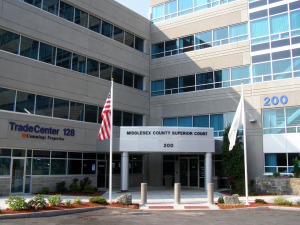 I’m pleased to announced that I prevailed today in bringing a lawsuit against a national lender for the denial of a loan modification.  The court rejected the lender’s argument that the lawsuit should be dismissed, allowing the lawsuit to go forward as planned.  In this lawsuit, I am seeking damages against a lender whose two year refusal to properly review my client’s loan modification application forced him into foreclosure.

What is a Loan Modification?

A loan modification is the restructuring of a mortgage loan to make the payments more affordable.  This generally consists of a combination of a lowered interest rate, term extension, and principle forbearance.  To apply for a loan modification, a borrower must generally prove they have sufficient income to afford a modified loan payment.  Lenders generally want borrowers to provide bank account statements, tax returns, and a variety of other documents about the need for this assistance.

Problems in Applying for Loan Modifications

Despite loan modifications being intended to help homeowners, the process of applying for this assistance is often a mess.  It is not uncommon for lenders to “lose” paperwork and required the repeated submission of the same documents over and over again.  Mortgage lenders have been known to deny loan modifications for reasons that do not make the slightest bit of sense.

What Can Be Done After a Denial of a Loan Modification?

In Massachusetts, like most of the country, a lender is not required to offer a homeowner a loan modification.  As such, a homeowner generally does not have a viable claim against a lender merely because their modification application has been denied.

The Consumer Protection Law can be a powerful weapon for consumers facing the denial of a loan modification.  This law, in certain circumstances, can allow for attorney fees, treble damages, and costs if the court find in the borrower’s favor.  In addition to money, the law also provides for equitable relief, which is a remedy other than money, such as a court order rescinding a foreclosure sale.

If your find yourself struggling with the denial of a loan modification, contact me to see if you have a similarly viable lawsuit against your lender.