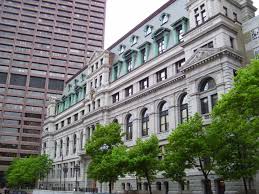 The Massachusetts Appeals Court issued an important decision last week in Santos v. U.S. Bank (full decision below) regarding a loan modification denial.  The Court rejected the borrower’s negligence claim, but acknowledge that other grounds exist for fighting a loan modification denial. (Disclaimer: I was involved briefly in both the trial court and appeal of this case).

In Santos, the homeowner was denied a loan modification under the Home Affordable Modification Program (“HAMP”), a federal program that encourages servicers to give struggling homeowners a loan modification.  HAMP, by all accounts, has been a mess: servicers routinely “loose” required paperwork for these applications, deny borrowers for baseless reasons, and stall the process as long as possible.  The failure to properly review these applications, in my opinion, is a major reason for thw continued foreclosure crisis across the country.

After being denied a loan modification, the homeowner in Santos sued the servicer on a claim of negligence: a cause of action against someone for failure to take proper care in doing something (negligence claims are often raised in personal injury cases).  One of the required elements for a negligence claim is that the opposing party have a duty of care to the claimant.  In Santos, the Appeals Court rejected the borrower’s lawsuit because the Court determined that the loan servicer owed no duty of care to the borrower for reviewing his loan modification (despite being a participant in the HAMP program).  Because the servicer owed no duty to the borrower, the borrower in Santos was not permitted to pursue a negligence claim.

The Appeals Court did, however, acknowledge that other grounds could be used for fighting a loan modification denial, such as a Consumer Protection Law (“Chapter 93A”) claim.  To bring such a claim, however, the borrower needs to do more than merely alleged that the servicer failed to follow the HAMP guidelines but instead, that the servicer committed unfair and deceptive business practices (a higher burden than negligence).

Santos illustrates a strange paradox in foreclosure defense: participating loan services in the HAMP program are required to consider homeowners for loan modifications, but failure to properly review a modification application, by itself, will not provide a homeowner with their “day in court” on these matters.  This occurrence is frustrating for homeowners (and foreclosure defense attorneys!) who see that an applicant is entitled to a loan modification, but may not necessarily have a legal cause of action on this important matter.

So, what are the take home lessons from Santos?