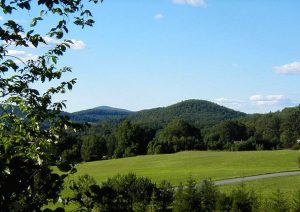 Massachusetts zoning laws are land use restrictions imposed by cities, towns, and other municipalities regulating how land owners may use their property.  These restrictions typically govern the types of uses allowed in designated portions of a municipality, and specific dimension requirements for constructing homes and buildings.

Massachusetts zoning primarily comes from city and town ordinances, which are local laws regulating the municipality.  Cities and towns generally have a local zoning or building code officer responsible for enforcing these regulations.

If a person believes an initial Massachusetts zoning decision is in error, or they wish to request an exception to such a regulation (known as a variance), they have the option of appealing to the town or city’s zoning board of appeals, which consists of appointed, local residents who make these decisions.  While these hearings are often less formal than a court hearing, a party appearing before such a board must be familiar with Massachusetts zoning procedures, and understand what must be shown to the zoning board to get the relief they are requesting.

These proceedings are open to the public, and generally allow local residents to offer their input into this decision making process.   A decision of a zoning board of appeals may then be appealed in court, which is often done in Massachusetts’s Land Court.  To do so, one must show that they have been “aggrieved” by the zoning decision.

A Massachusetts zoning matter generally requires an understanding of both the local town or city’s zoning ordinances, as well as state law that regulates this area of law.   Not surprisingly, these matters can get complicated really quickly!

If you are in need of assistance with a Massachusetts zoning matter, contact me for a consultation.