↓ Skip to Main Content
Home › Massachusetts Foreclosure Law Blog › Practice Pointers: I Think, Therefore I Am [Not Going to Say That to the Court]

Practice Pointers: I Think, Therefore I Am [Not Going to Say That to the Court] 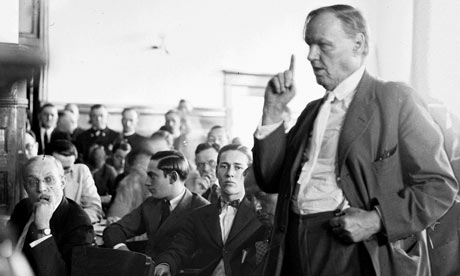 Several months ago, I had the honor of serving as a judge for my alma mater’s appellate advocacy course.  Appellate advocacy is a rite of passage in law school; students are required to write a brief and argue their position in front of a group of mock judges. Your’s truly was Chief Justice of the panel and I had the opportunity to hear fantastic arguments from soon-to-be lawyers.

As a mock judge, I was asked to provide feedback to the students. One of my critiques to the students is especially important in the area of foreclosure defense and I’m sharing it here in hopes that it might be helpful to others.

Many students, in answering the judges’ difficult questions, would often respond by prefacing their arguments with “I think” or—my pet peeve—”I would argue.” The answers they gave to the judges’ questions were fantastic, but these openings made the arguments less effective than they could have been.

Why?  The job of an advocate before a court, either for yourself or for a client, is to argue your side to the court.  Your job is not to do the judge’s job or, even worse, your opponent’s.  When you respond to a judge’s question by stating “I would argue,” you are subtly telling the court that there is another side to the story.  Now, of course there is, but it’s not your job to make it—leave that for your opposition!

When you respond to a judge’s question by stating “I think,” you are now doing the judge’s job; he or she needs to carefully consider the entire argument you are making, but there is no need to remind this to the Court.  Saying “I think” tells the judge that you aren’t confident with your position, which opens the door to the judge looking for reasons to rule against you.

Why do law students, lawyers, and talented pro se litigants do this? Is it because they don’t know what they are doing?  In my opinion, just the opposite is true: those who say “I think” or “I would argue” know the law really, really well, and understand there are two (or more) sides to the story.  And that’s fine….just don’t advertise this to the court.

I’m guilty of this myself.  Not too long ago, I was speaking with an experienced foreclosure defense attorney, who was explaining to me one of his new arguments for fighting foreclosure.  The argument was straightforward, persuasive, and firmly rooted in the law, but I did the worst thing possible: I started arguing the other side.  This attorney stopped me and said it best: “You’re doing their job for them!”

Of course, in making your case, you need to have a good-faith basis in the law, either as a lawyer or pro se party.  Frivolous arguments run the risk of sanctions and, even worse, an angry judge.  Moreover, in preparing your case, you should always consider the opposing side’s potential arguments, so as to make your case stronger.  But, once that’s done, and you are before a court, stick to being an advocate, and only that.

This applies to any area of law, but I consider it especially important in foreclosure defense.  Foreclosure defense is still an emerging field and many these arguments are new to the courts.  Few of these defenses, as I tell my clients, are “slam dunk” wins.  For me, in many of my cases, I believe the law is 110% on my side, but I’m not naive enough to think that an opposing argument could not change a judge’s mind.  With this in mind, I try not to make my job any harder than it needs to be—and neither should you.