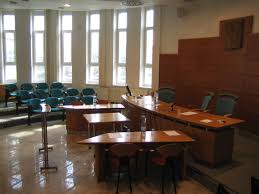 An option for landlords and tenants who need to sue for low amounts of money ($7,000 and under) is small claims court.  Small claims cases may be brought in District Court, Boston Municipal Court (if your case occurred in Boston) or Housing Court (if your case directly concerns a housing issue).
Compared to other courts in Massachusetts, small claims court is an informal process, intended for parties to use without the help of a lawyer (although parties may have a lawyer represent them if they chose to).  The rules of evidence are relaxed and trials are informal. In most small claims sessions, parties also have the option of trying mediation to settle their disputes.
Landlords can use small claims court to seek unpaid rent against tenants, as well as damages to the rental property.  While landlords can pursue unpaid rent against tenants in an eviction case (“summary process”), an eviction case requires a dispute over possession of the rental property.  If the tenant is no longer living in the property, summary process is the wrong forum for disputes over unpaid rent.  Moreover, a landlord cannot pursue monetary claims for damages beyond unpaid rent (such as physical damages to the premises) in summary process.  Tenants can use small claims court for claims against landlords, such as violations of the security deposit law and poor conditions in the rental property.
While small claims is useful for resolving certain disputes, there are drawbacks to this process.  For example, a plaintiff in small claims waives their right to an appeal; if they lose, the case is over.  Discovery is also limited; parties may not be able to obtain the same information from the other side as they would in another court.  Finally, small claims court is primarily for recovering monetary damages; parties are generally unable to obtain non-monetary relief (such as a restraining order or injunction).
Adam Sherwin
Rated by Super Lawyers